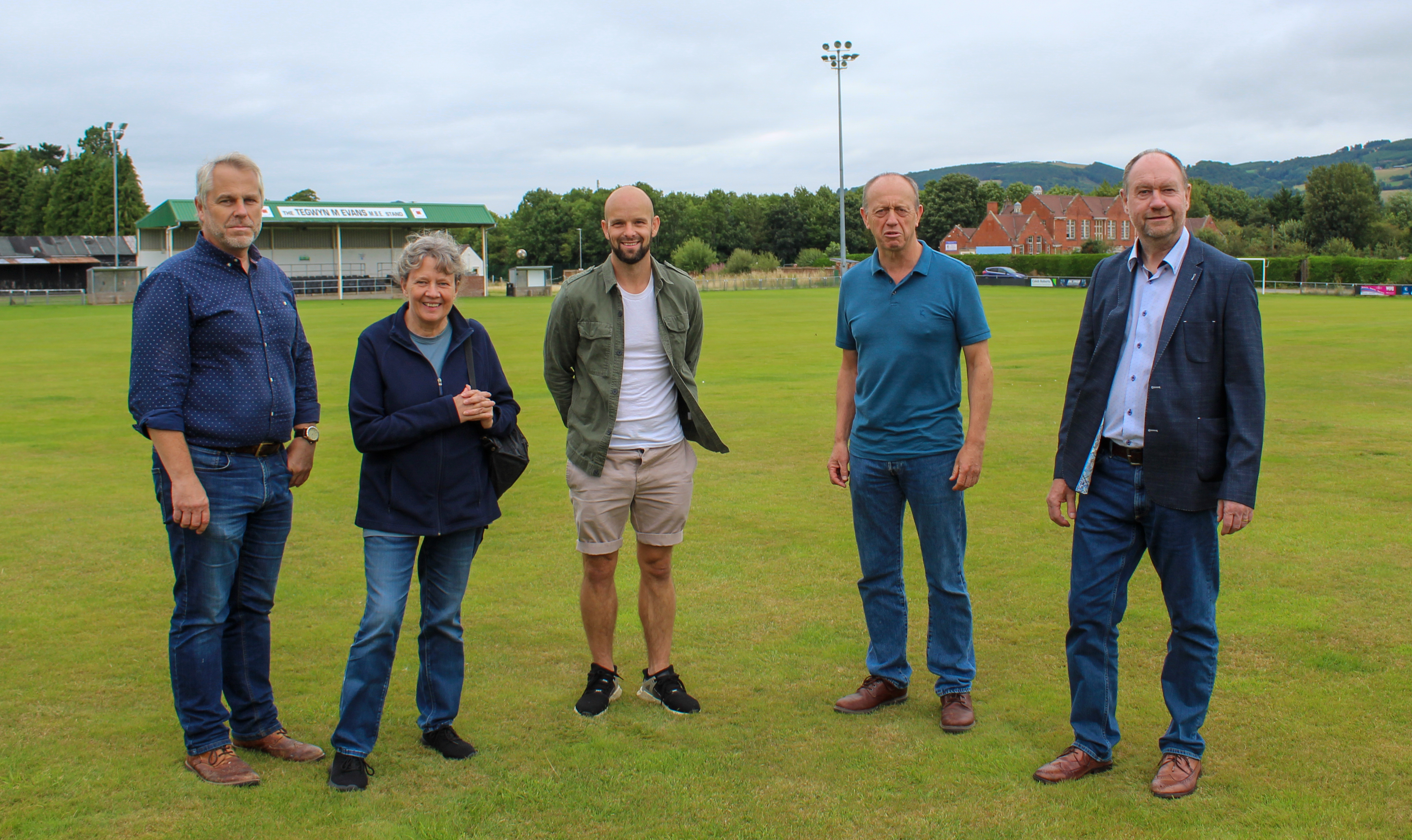 It was announced recently that the group had found appropriate grounds, and that Welshpool Town Football Club had since made a planning application in order to change the area of agricultural land for recreational use.

Alongside the planning application a fundraising appeal has also been launched by the group to raise the £60,000 anticipated to transform the identified agricultural land. A crowdfunding page has been set up to enable members of public and businesses to donate to the cause.

Plaid Cymru representatives Mr Campbell and Cllr Vaughan previously met with the group during August 2021 to further discuss the campaign and had previously brought the situation to the attention of Powys County Council.

Both politicians welcomed the identifying of the potential land and have now urged the local community to throw their support behind the fundraising efforts.

“Having previously met with representatives from the community earlier this year, I know how much of a blow the local clubs and community as a whole experienced at the loss of the Salop Road playing field facilities.

“I was therefore delighted by the recent news regarding the locating of suitable replacement fields, and certainly encourage the local community to support this important campaign to help secure the necessary funding that would hopefully help establish such a valuable asset for the town.”

“I know the community group have worked tirelessly to get to grips with the loss of the Salop Road fields – and I commended them for their efforts.

The identifying of potential new playing fields is a welcome development, and there’s no denying that success would be of huge benefit to the local community in Welshpool. I wish them well with their fundraising efforts.”

The public are able to support the campaign by donating through the below link: