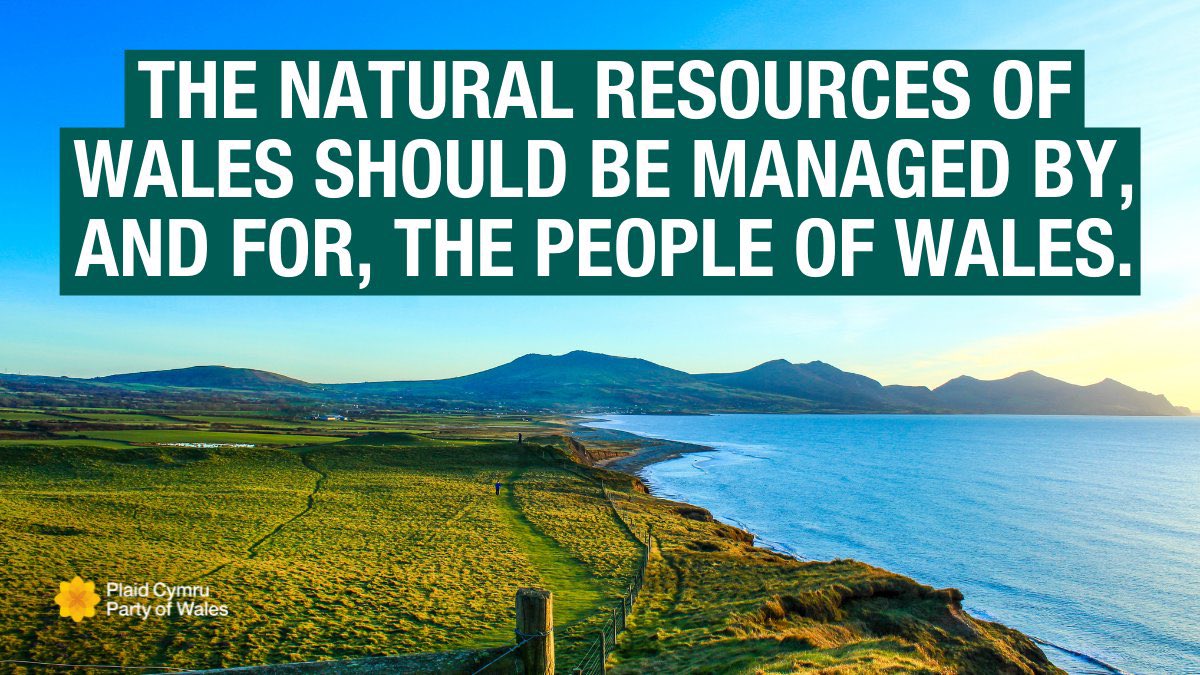 Cefin Campbell, Plaid Cymru’s Member of the Senedd for Mid & West Wales, has hit back at comments from the Secretary of State for Wales, Simon Hart MP, following claims that there was “no public interest or appetite” in transferring control of the £500m Crown Estate to Wales.

Mr Campbell’s comments came following a response by Mr Hart, Member of Parliament for Carmarthen West and South Pembrokeshire, to a recent question from Plaid Cymru MP Liz Saville-Roberts who said there was a clear majority in the Senedd to support the principle of Wales having the same powers as Scotland over the Crown Estate.

Responding at Westminster on Wednesday, 5th January 2021, the Secretary of State for Wales said:

“The relationship that the Crown Estate enjoys with the UK Government, the Welsh Government and stakeholders works very well. I do not think there is any public interest or appetite for altering the terms of that arrangement.”

The Estate currently controls around 65% of the Welsh riverbeds and foreshore. According to the Estate's own records, its property in Wales is currently valued at a total of £603million - a significant increase from just under £100m in 2019.

Powers over the Crown Estate in Scotland were devolved in 2017, and Plaid Cymru has long campaigned for a similar arrangement to be made for Wales. The party’s Westminster leader, Liz Saville Roberts MP, has previously presented a Crown Estate (Devolution to Wales) Bill to Parliament, advocating the devolution of these assets to the Senedd.

Following Mr Hart’s comments citing a lack of public interest in the devolution of these powers, a petition has gained over 4,800 signatures backing the call for Welsh control over its Crown Estate land.

"For the Secretary of State to suggest that there is no public interest or appetite in Wales for the devolution of the Crown Estates is wrong - and the thousands that have already signed the petition over the past few days clearly echo this demand.

Over the past year, the value of the Wales' Crown Estate marine portfolio alone grew from £49.2m in 2020 to £549.1m in 2021 – and these assets could play a key role in enabling Wales to develop our own renewable industry, rather than being left at the mercy of an absentee landlord.

Scotland previously gained powers over its Crown Estate territories in 2017, and they’re now reaping the benefits of the green offshore wind revolution. In 2020 alone,  the Crown Estate assets secured a return of £12 million of revenue to the Scottish Government for spending on public services like health, education and transport infrastructure.

Devolving Crown Estate assets to Wales would bring our natural resources and their rents closer to home, align them with Welsh decision-making and priorities, and provide us with the financial means to use our resources to invest in our green future.

Quite simply, the resources of Wales, should be governed by the Government of Wales, for the benefit of the people of Wales. "