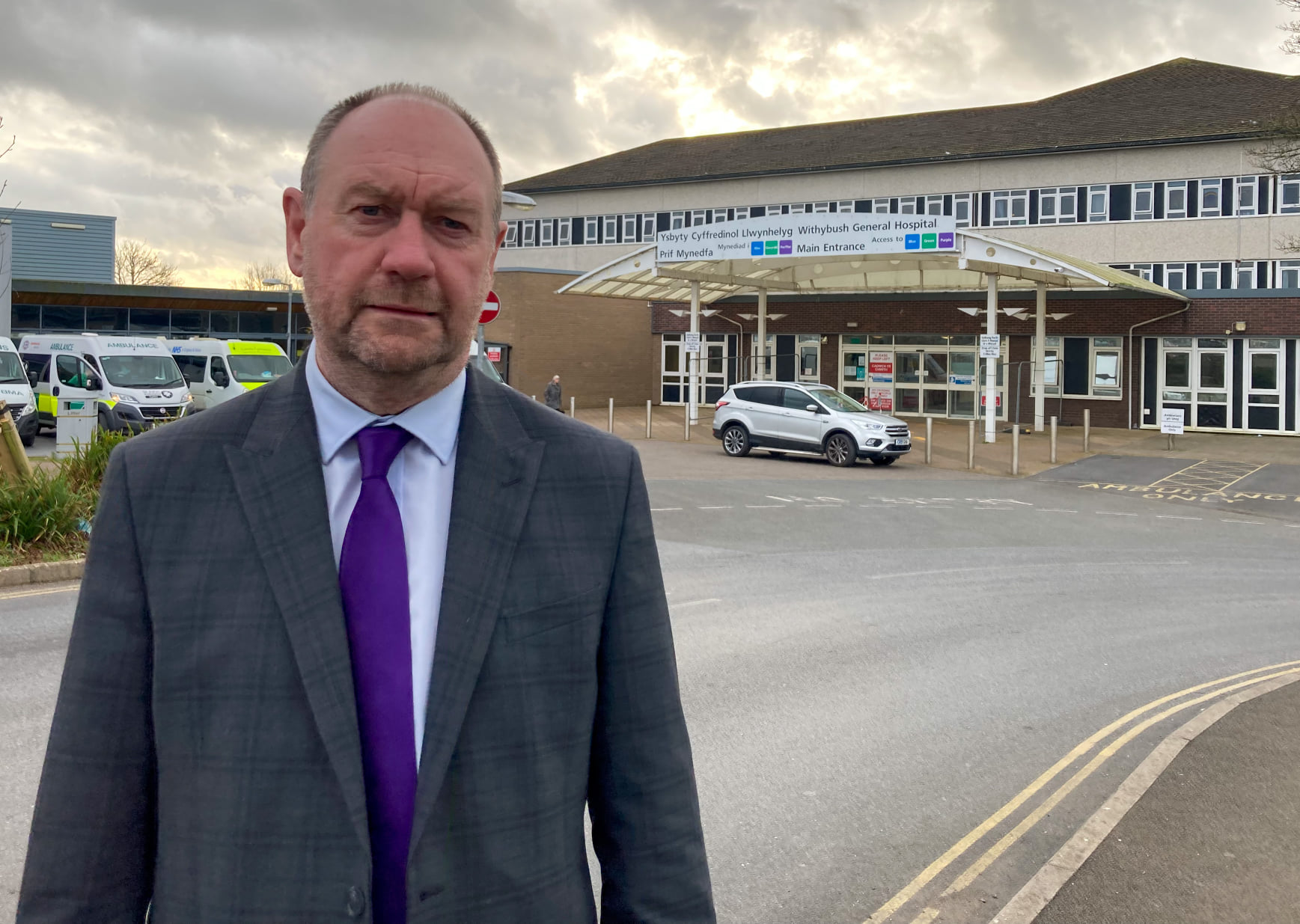 Mr Campbell’s calls come as Plaid Cymru has tabled a debate in the Senedd later today (Wednesday 23 November), calling on the Welsh Government to use “every devolved lever” to make an improved pay offer to nurses across Wales.

Earlier this month, nurses in almost all of Wales’ NHS organisations, including the Hywel Dda University Health Board, voted to strike over pay.

Nurses voted to strike after the Welsh government offered them pay awards between 4% and 5.5%, well below the rate of inflation and the same as that by the UK Government in England.

Rhun ap Iorwerth MS, Plaid Cymru’s health and care spokesperson warned that nurses “are at their wits end” and that the unintended consequences of inaction will be for more nurses to leave the profession altogether.

Literature from the Royal College of Nursing indicates there were at least 2,900 registered nurse vacancies last year and that the Welsh Government “is driving nursing staff out of the NHS.”

Last month in the Senedd, Cefin Campbell MS highlighted many of the staffing challenges facing NHS staff in the Hywel Dda area – which currently has around 540 registered nurse vacancies - amongst the highest in Wales. As a result of staffing struggles, the health board also has one of the highest levels of nurses employed via agencies, which has increased 46% over the past year and costs close to £29 million.

Speaking ahead of the debate, Cefin Campbell, Plaid Cymru Member of the Senedd for Mid & West Wales said:

“For many of our hardworking nurses, the clapping on our doorsteps during the pandemic has become a distant echo as despair and disillusionment increases with falling morale and staff absences. No-one wants industrial action, however the fact the ballot took place in the first place indicates the strength of feeling and frustration currently in place within the workforce.

“We’re facing a crisis in our NHS workforce in Pembrokeshire and across west Wales – and Plaid Cymru is urging the Welsh Government to step-up and use every devolved lever at its disposal to come up with a better pay offer for our invaluable nursing staff.

“Nurses are over-worked, under-paid and at their wits end. If the news that too many nurses are leaving their vocation isn’t already an indication that things are seriously wrong in the healthcare service, then the recent vote for strike action must be a wake-up call for government.

“Welsh nurses deserve fair pay for their essential work, yet they’re currently facing a real terms pay cut, as a result of Westminster’s economic crisis and Welsh Government’s mis-management of our healthcare service. Nurses are the backbone of our NHS, but a lack of fair pay will force many more to leave, leaving the workforce even more depleted and weakened. Ultimately, the people that will pay the price of this government mismanagement of our healthcare service is the patients.”

In an amendment to the motion, the Welsh Government has proposed that this call to action be deleted.