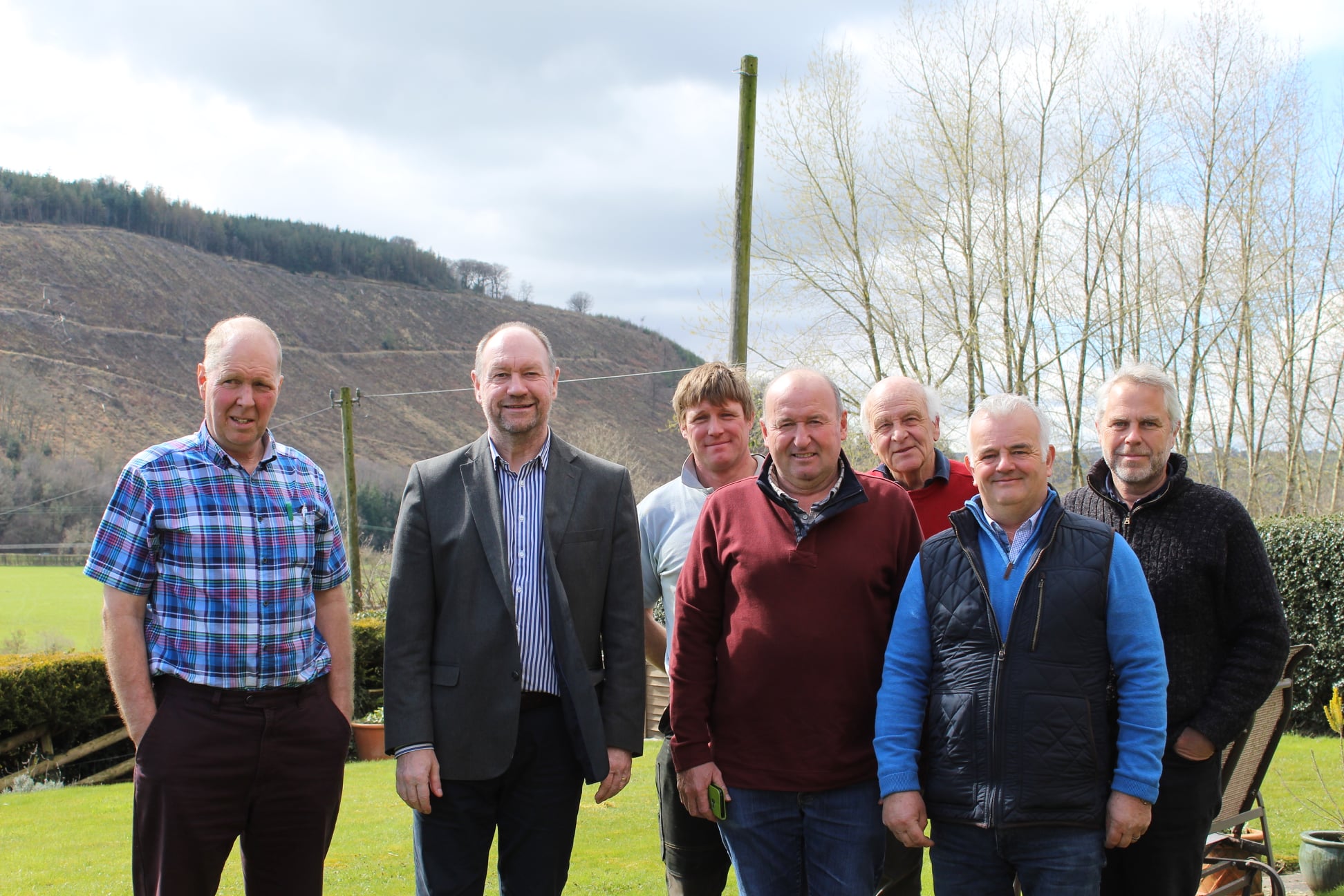 Local Plaid Cymru politicians have pushed for greater clarity from the Welsh Government as concerns continue regarding the flood risk management of Clywedog reservoir.

Cefin Campbell, Member of the Senedd for Mid & West Wales, and Cllr Elwyn Vaughan, Plaid Cymru group leader on Powys County Council, recently met with several landowners from the Llanidloes area to further discuss the management of water levels at the reservoir - with concerns regarding the recurring downstream flooding of agricultural land and premises.

Completed in 1967, Clywedog reservoir is owned and operated by Hafren Dyfrdwy, part of the Severn Trent PLC, with water levels controlled by the England-based Environment Agency, with oversight from Natural Resources Wales.

There have been longstanding concerns locally regarding the management of the reservoir, particularly during severe weather conditions – including during February 2022 – with a great deal of agricultural land and some properties downstream along the River Severn experiencing flooding.

Speaking during questions to the Minister for Climate Change in the Senedd on Wednesday 18th May, Mr Campbell raised such concerns regarding the management of the reservoir, commenting:

“Recently I had a meeting with a number of farmers in the Llanidloes area in Powys and I discussed concerns with them about how water levels were managed in the Clywedog reservoir and the impact this was having further down the valley with agricultural land and property being affected by flooding as recently as February this year.

“I know that water is a very emotive issue in Wales, and that this reservoir was established to provide water and to mitigate flooding away from Wales, so I'm sure you understand local concerns – particularly as it is arguable that mismanagement across institutions has caused flooding on this side of the border.

“Severn Trent are looking at a joint scheme to look at the feasibility for the dam so that more water could be sent down the river Severn during dry periods—so the exact opposite of the flooding—to maintain water flow in the river, where a deficit is forecast.

But that doesn't feature in the current draft water resource management plan, which is signed off by Welsh Ministers anyway. So, if that comes forward, it will certainly come to us to look at so that we can be satisfied that that is fit for purpose, both for the Severn catchment area and for the people locally.”

“It’s clear that the current management of Clywedog reservoir, and the recurring flooding many farmers and landowners are forced to endure, raises significant questions.

There’s a clear need for greater collaboration between all stakeholders and authorities to ensure that land and premises downstream are fully safeguarded from flooding – particularly with growing local concern that the reservoir may be further enhanced.

Whilst I do appreciate flooding may be somewhat inevitable during periods of extreme weather, there is clearly much more that could be done in regard to Clywedog’s management to better mitigate the threat to downstream land and premises – including a greater drawdown of water during periods of dry weather.”