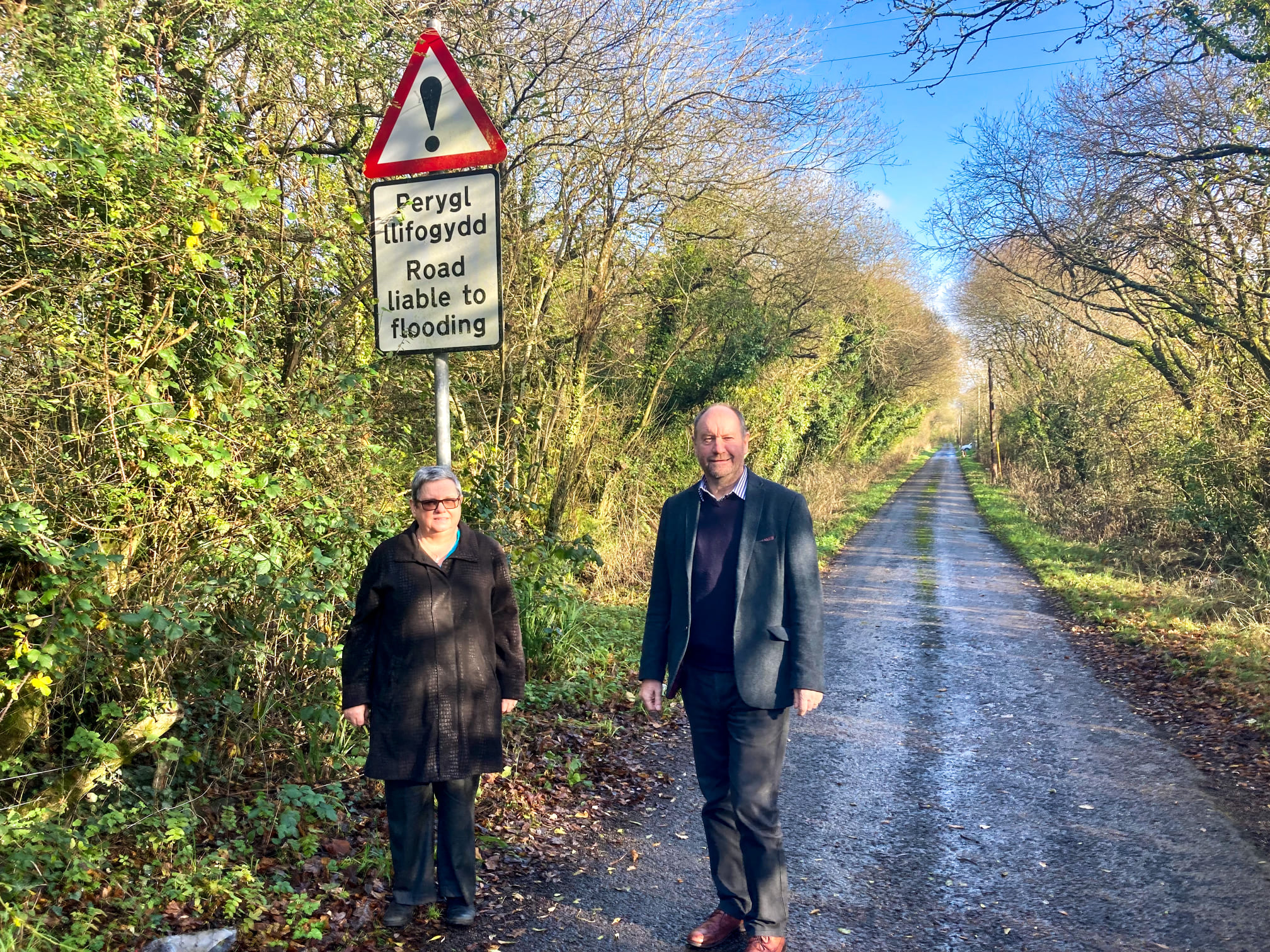 Cefin Campbell, Plaid Cymru’s Member of the Senedd for Mid & West Wales recently met with residents in the Trimsaran area to discuss concerns about recurring flooding which often sees many residents and businesses stranded for days.

The past decade has seen the Capel Teilo Road between Trimsaran and Kidwelly become increasingly prone to significant flooding from the nearby Gwendraeth Fawr river - often leaving the road impassable for vehicles and hindering access to nearby properties and businesses.

Along with Trimsaran County Councillor, Kim Broom, Mr Campbell recently visited the area, to discuss concerns regarding the flooding with local businesses and residents. According to residents, the road has been submerged at least 20 times over the past year alone – causing significant accessibility issues which has been detrimental to local businesses, and leaving several vehicles written-off or damaged. Reference was also made to a previous incident which saw an ambulance transporting an elderly patient stranded in the flood water.

The concern was previously brought to the attention of the Senedd in December 2020 by former Plaid Cymru MS, Helen Mary Jones, who pressed for a multi-agency approach to addressing the recurring problem. With the pandemic previously hampering any hope for a site meeting, Mr Campbell has now called again for urgent to be taken by authorities.

“It’s clear from speaking with local residents and businesses that the situation regarding the flooding at Capel Teilo Road is worsening. The increased incidents of flooding – around 20 times this year alone - is having a detrimental impact on local businesses, as well as causing growing concern to local residents’ wellbeing and safety.

I have written to the stakeholders involved urging them to carry out a multi-agency approach to investigating the situation, in the hope appropriate action can be undertaken to address the very real concerns and anxieties residents face far too often.”

“I am grateful to Cefin Campbell MS for taking the time to meet with residents and businesses to discuss the situation. Unfortunately, we are not talking about the occasional road flooding – but rather incidents that are becoming a common occurrence.

The road is often flooded for several days, and at times residents can be left completely cut-off – clearly raising significant concerns for their well-being and personal safety. I will continue to work with Mr Campbell and local residents in the hope some urgent action can be taken by the responsible agencies to address the situation.”